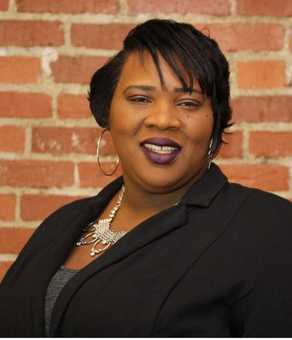 Ashley Johnson
Ashley Johnson began her career with the New Pittsburgh Courier in October 2007, as the Editorial Assistant, and, in 2010, was promoted to Associate Editor. As the Associate Editor, and a Staff Writer, additionally, Ashley’s responsibilities included editing and coordinating key operations of the newspaper's content as well as compiling information for and the writing of “Under Attack By Us,” a monthly series reporting Allegheny County’s homicides and how they impact the community. While under her direction, the series received local and national coverage.
In March of 2016, Ashley decided to make a change and joined United Healthcare as a Clinical Administrative Coordinator for its Community and State division. While she enjoyed her time there, her heart was always with the Courier and working closer with the community. In August of 2016, she rejoined the Courier staff as the Advertising Coordinator, the position she remains in today. In her position, she not only deals with the publication’s print and digital display advertising sales, but she also plays an intricate role in the planning of special publication sections and events as well as representing the Courier in various capacities.
Prior to joining the Courier staff, Ashley worked as a Program Support for the Small Seeds Development Inc.’s Mother to Son program, which works with single mothers and their sons, ages 9 to 13. While there, she assisted with program operations, and designed and published their monthly newsletter.
While with the Courier, Ashley has contributed to the Courier’s winning of multiple local and national newspaper association awards, including the Pennsylvania NewsMedia Association Foundation’s Newspaper of the Year for Weeklies in 2014. Along with the Courier’s multiple staff awards, Ashley has received two Pittsburgh Black Media Federation awards; was a 2010 recipient of the Young, Gifted and Black award and 2015 recipient of the Stop the Violence-Pittsburgh’s Celebration of Life award; and several other honors.
In addition to her tasks at the Courier, Ashley enjoys serving the community. She serves as a member of the Board of Directors for Urban Academy of Greater Pittsburgh Charter School and the Spirit of King Awards Ceremony planning committee; is the Membership Chair for the Pittsburgh Black Media Federation; and has hosted several community events. She is also a longtime member of the historic Bethel AME Church, in the Hill District. 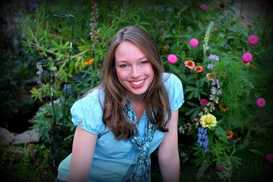 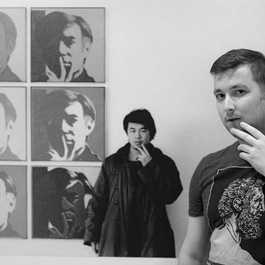 Brian Conway
Brian Conway is a freelance investigative reporter based in Pittsburgh. His December 2016 feature for the Pittsburgh City Paper revealed that the city water authority’s instructions for flushing water to minimize lead exposure actually increased the danger to residents with lead service lines, prompting the authority to modify their safe drinking water instructions for the city. Subsequent features for PublicSource revealed the percentage of children with elevated blood lead increased in Pittsburgh during the lead in water crisis, contrary to the public narrative given by local politicians and health officials at the time. 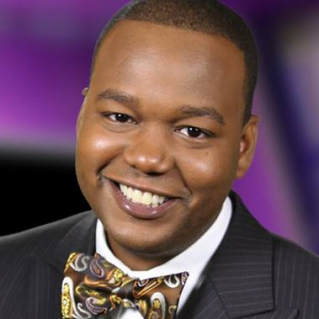 Brian Cook
Brian Cook is an international award-winning journalist and filmmaker. He is the owner of Golden Sky Media Company, L.L.C., a multi-media company specializing in video production and serves as president of the Pittsburgh Black Media Federation. Cook is a freelance multi-media journalist with NBCNews.com, The New Pittsburgh Courier, Huffington Post and PublicSource. He is the former web content manager and national journalist for Sheridan Broadcasting Networks and the American Urban Radio Networks. Brian’s responsibilities include reporting on breaking news, sports and entertainment stories of national interest in addition to shooting editing and producing video for the web and television.

The media veteran has interviewed a “Who’s Who” list of newsmakers including President Barack Obama, the late Senator Ted Kennedy, legendary Motown singers Smokey Robinson and Otis Williams, hip hop artist Common and more. Cook has also reported from a number of national conventions and major events including: The Democratic and Republican National Conventions, the Martin Luther King Jr. Memorial Groundbreaking Ceremony and Super Bowls XL through XLVII. He is a television sports analyst and photo and video contributor for NBCNews.com and covers the Pittsburgh Steelers in addition to the National Football League.
Cook grew up watching long time CBS 60 Minutes anchor Ed Bradley, who became the catalyst for his broadcast career. He is a member of Alpha Phi Alpha Fraternity, Incorporated. 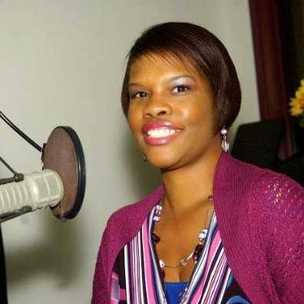 Danielle M. Smith
Danielle M. Smith is an award winning veteran journalist with over a decade of experience working in national news and gospel entertainment. Smith worked for Sheridan Broadcasting Networks as an Audio Journalist, producing national news and sports broadcasts on a daily basis. She also conducted interviews with national news-makers and edited the audio from the interviews for newscasts. In addition to that, Danielle wrote, produced and voiced stories for newscasts that broadcast hourly Monday through Friday.
Smith has recently captured the first place honor in the Radio/Public Affairs category of the Pittsburgh Black Media Federation 2017 Robert L. Vann Media award for her feature interview “SisterFriend Provides Feminine Care Products to Homeless Women.”
Smith was also honored by the New Pittsburgh Courier as one of the 50 Women of Excellence for 2016. In 2013, Danielle received the Community Spirit Award for Excellence in Broadcast Journalism from North Side Institutional Church. In 2012, Smith teamed with other members of the AURN newsroom to win a Robert L. Vann Award for excellence from the Pittsburgh Black Media Federation (PBMF).
Danielle is also a part-time on-air talent at WGBN Rejoice 1360 AM (Gospel Excellence) where she hosts a weekly show (“Hot or Not”) spotlighting local and national up and coming Gospel/Christian artists. Smith is also an account executive for WGBN, selling air-time spots to businesses and churches. She’s also a contributing writer for The Soul Pitt Quarterly Magazine.
Danielle’s also a member of PBMF, and participated in their Frank Bolden Urban Journalism workshop as a high school student. She's recently became a board member for the Functional Literacy Ministry of Haiti a Christian nonprofit organization which provides health, financial, educational guidance and evangelism to Haitians.
She’s also on the Multicultural Task-force for the Pittsburgh chapter of CORE; the Center for Organ Recovery and Education. She helped organize events such as the Gospel Idol that educates and promotes organ and tissue donation in the multicultural community.
In 2017 Smith created and launched her own show on PCTV 21/47 entitled “Good News”. The show spotlights individuals, groups and organizations that are making a positive impact in Pittsburgh.
Danielle earned a Bachelor’s of Arts in Broadcasting from Point Park University (Pittsburgh, PA). 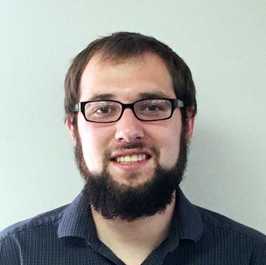 Jon Andreassi
Jon Andreassi is a reporter for the Leader Times, a semi-daily newspaper servicing Armstrong County, Pennsylvania. He landed the position just weeks after graduating from Point Park University in 2016 with a degree in journalism. Jon entered Point Park in 2012 and almost immediately got involved with the school's student run newspaper, The Globe. Beginning as a copy editor, Jon moved on to become the assistant sports editor, and eventually became The Globe's editor-in-chief for the Fall 2014 semester. Jon was also a member of Point Park's Honors Programs, and worked for the Point Park News Service his senior year. Jon was also president of the Point Park SPJ chapter.

The summer before his senior year in 2015, Jon began an internship at the Observer-Reporter, a daily newspaper in Washington County, Pennsylvania. Jon mainly focused on feature writing during his internship, writing profiles and providing event coverage for the newspaper. Jon took his experience from The Globe and Observer-Reporter and used that to land his position with the Leader Times.

At the Leader Times, Jon has been responsible not just for covering government at the municipal and county levels, but crime, political matters at the state level, high school sports, and many community feature stories. Beyond writing, Jon is also responsible for taking photographs and often designing the paper's front page. 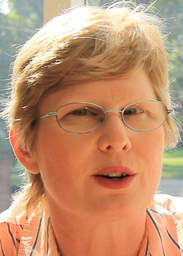 Nerissa Young
Nerissa Young is a lecturer at Ohio University’s E.W. Scripps School of Journalism and a writer and editor from Forest Hill, West Virginia, with 25 years’ experience in radio, magazines, newspapers and journalism education. She has taught or practiced journalism in Ohio, Oklahoma, Mississippi and West Virginia. Young is the author of “Mass Communication Law in West Virginia, Second Edition” and a book chapter on media law in “Still Captive? History, Law and the Teaching of High School Journalism.” In 2017, she worked with Nationwide Children’s Hospital and Ohio Department of Mental Health and Addiction Services to develop best practices and resources for journalists who cover suicide. 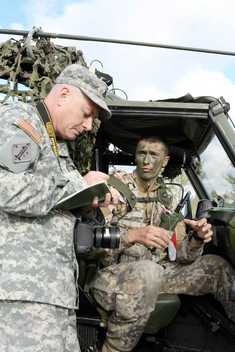 Tom Bourke
Prior to attending college, Tom Bourke served for six years as a Marine Corps infantryman from 1987 to 1993. Upon completion of his six-year Marine Corps enlistment, Bourke earned an Associate’s degree in Journalism from the Community College of Allegheny County. Bourke was then awarded the Golden Key Society Scholarship in Journalism in 1997 and began his junior year at Point Park University.
While at Point Park, he was elevated to the position of editor-in-chief of the Point Park Globe newspaper. He graduated magna cum laude in 1999 with a Bachelor’s degree in journalism.
From 1999 to 2005, Bourke served as the marketing director of a start-up commercial bank. He also worked as the marketing coordinator for Parkvale Bank.
Bourke re-enlisted in the Pennsylvania National Guard as an infantryman so he could participate in a combat deployment to Iraq in 2008. He served in the 56th Stryker Brigade, primarily based at Camp Victory near Baghdad.
Returning to the United States as an Army Sergeant, Bourke volunteered two months later to deploy to Afghanistan with the 110th Infantry Regiment. While deployed to Afghanistan’s Paktya Province, Bourke’s unit came under frequent attack and encountered numerous improvised explosive devices while on patrol throughout the region.
Using his journalism experience and training, Bourke interviewed soldiers immediately after helping to fend off enemy attacks or after surviving I.E.D. explosions. He wrote articles about the soldiers that appeared in several hometown newspapers and magazines. Upon returning to the U.S., he reclassified his military occupation specialty from infantry to Army public affairs, completing the Defense Information School as an honor graduate in 2011.
As the public affairs specialist of 2nd Brigade, 28th Infantry Division, Bourke covered sate-wide and international military exercises, interviewed ambassadors, movie stars and sports legends and helped the Pennsylvania National Guard’s quarterly magazine take second place in a national competition of guard publications from the entire country. He exited the Pennsylvania National Guard in 2103.
Now, Bourke is the marketing manager of a distribution company. He specializes in outbound and inbound digital marketing and is especially proud of his abilities to use search engine optimization techniques to promote his company’s page rankings. He credits his time at Point Park as the foundation upon which his entire journalistic and marketing career was built.